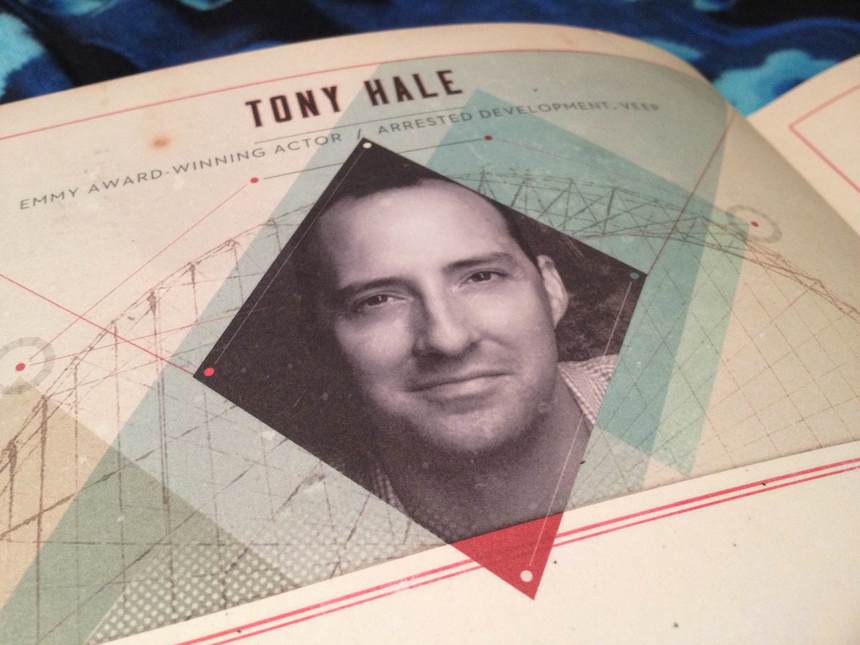 Aww… Tony Hale. Thank you for speaking. You’re somewhat of a hero around here.

I knew of Tony Hale, but I had not had the pleasure(?) of watching Arrested Development or Veep, but it sounds like after Doctor Who that will be added to the list. He was hysterical. He has some amazing Liza Minnelli stories.

He was another speaker that felt like he was scheduled just for me. Sometimes a pastor will preach something you needed to hear at that exact moment. Tony’s not a preacher, but at points in his keynote he felt like one. He talked about how much of Hollywood is fear based and I can say the first few months of living in LA that’s exactly what I felt and I wasn’t even in the middle or the fringe of the industry. It’s something that breeds in this culture. And I need the reminder of enjoying the moment. I don’t have to have it all figured out. There’s joy in the moment – why not pay attention to it and enjoy life.

Below are my few notes from his talk. I was laughing too much to take anymore.

If you start thinking too far into the future, you need to stop and say “not now”. Just be. Big thing really is here. Enjoy being here now.

Don’t believe you have value then when you reach the goal.  You have extreme value now. The business of Hollywood is so much fear based. I am valued now. Be present now.

Everybody wants to be known. Do you know me. If you are known by God and known by people who love you, you are good. Fame can isolate you and be not known. You get fearful and reclusive.

Tremendous amount of uncertainty in this world. Give yourself some grace. We’re all trying to figure it out. It can be really isolating.

The logic of success is a fallacy. It’s a weird life to exists as a reality in someone’s imagination.

I will have the same value that I have now if I reach the success. Wake yourself up 100times a day to remember to be present.